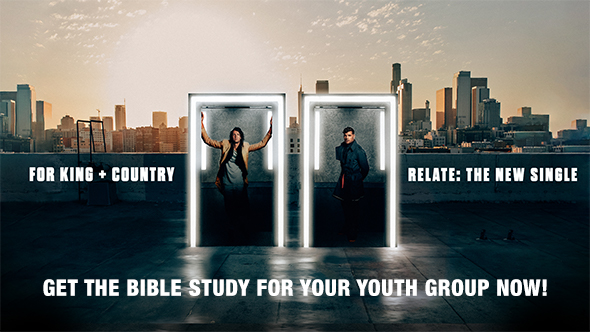 Get the Youthworker and Student Guides for "O God Forgive Us”

Get the TOGETHER Virtual Youth Group Session 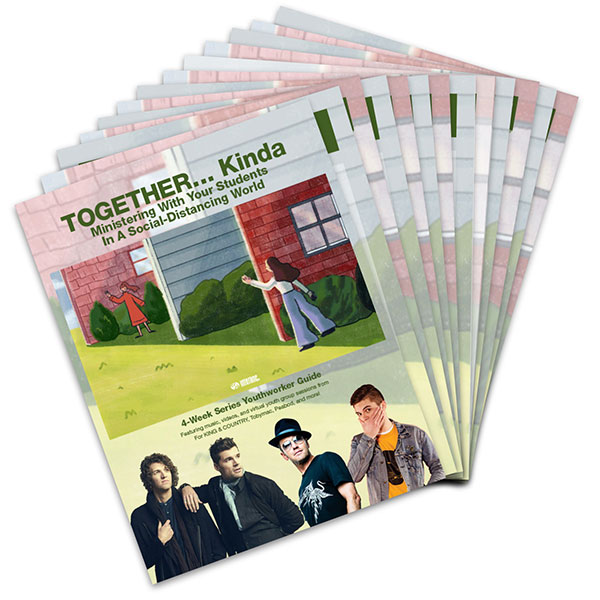 Get the 4-Week Series! 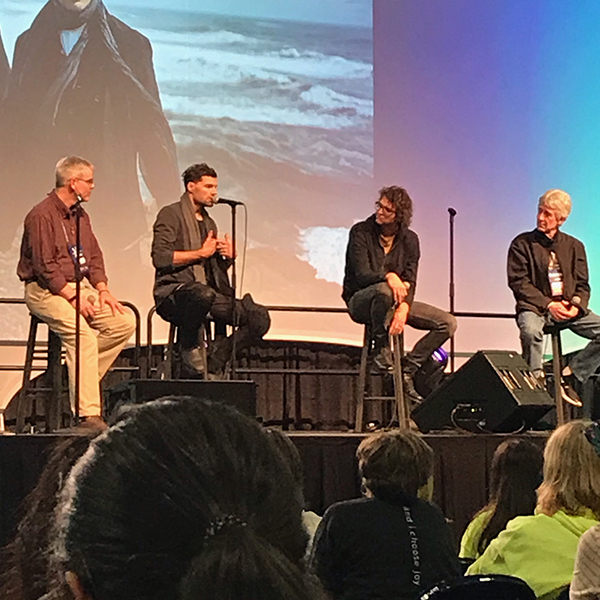 11/21/19 Joel and Luke had an amazing day at the National Catholic Youth Conference… a talk-back session with 600 students, a meeting with youthworkers, and a huge concert in Lucas Oil Stadium.

08/29/19 For KING & COUNTRY collaborate with country superstar Dolly Parton to release a music video featuring Dolly for their song "God Only Knows."

Get the Spanish-language Youth Group Session for your group.

06/14/19 How the “God Only Knows” remix came to be: “We’d been in touch with Timbaland for some time, and when “God Only Knows” released he and his team resonated with the song and were inspired to put down the beat and driving the interpretation you hear. And Echosmith – well, Moriah Peters Smallbone had set up a get together with them in Los Angeles. I remember Jeffrey, their dad/manager, saying how much he loved the tune and mentioned playing it for Sydney. Within a week, she was in the vocal booth! And in turn, providentially, this remix was born.”

The “God Only Knows” Youth Group Session Is A MUST DO  For Your Group!

Use the powerful youth group session based on the JOY video! 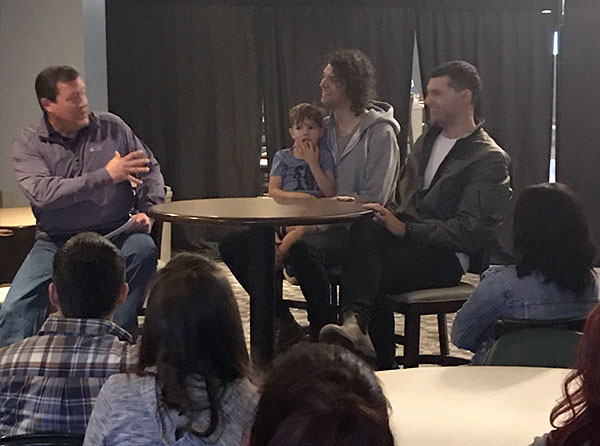 04/22/18  Joel and Luke with interlinc Guys (Jay Sedwick and Justin Nations) met with a group of DFW Youthworkers before their sold-out concert at Dr Pepper Arena. They shared their spiritual journey story, their mission to minister to students, an update on the PRICELESS Movement (already over 500K students have been impacted), and requested youthworker prayer for their upcoming single (Joy) and album coming out this year.

The duo, comprised of Australian brothers Joel and Luke, has accomplished several notable feats on their new record. Perhaps the most remarkable is that the award-winning rock/pop duo has achieved the unexpected.

Not only have they ventured into new musical territories with some of the highlights being a collaboration with hip-hop artist Andy Mineo, their continued creative partnership with artist/producer Aqualung and their discovery of new soundscapes with producer Tedd T. (MuteMath) as well as Seth Mosely, but for KING & COUNTRY also managed to surpass the bar that the brothers had set for themselves with their debut album. They raised expectations tremendously with the release of 2012’s Crave and a win for New Artist of the Year at the 2013 GMA Dove Awards, where they received six nominations. Billboard also named them as one of the New Artists to Watch for 2012 and American Songwriter called them “Australia’s answer to Coldplay.” 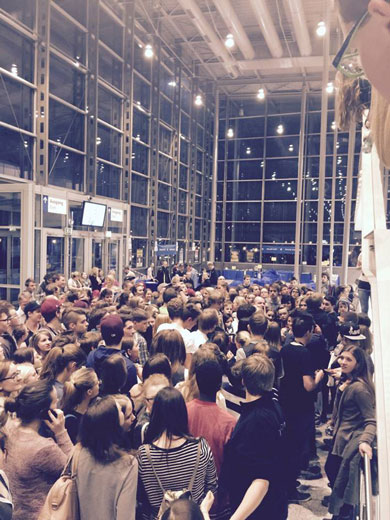 “A really thrilling component of this new album is that we stepped into it with 300-plus shows under our belts,” Joel says. “We have five band members on the road with us. After spending countless hours in 15-passenger vans and performing on stage together, a deep creative bond formed. We made many discoveries along the way—our love for rhythm, our enthusiasm for theatrics and the beauty of how a lyric can touch someone’s heart. These experiences have been an excellent springboard into a new and more developed version of for KING & COUNTRY.”

The ultimate result of all of this is a body of work that lives up to the band’s powerful name. for KING & COUNTRY is a reflection of standing and fighting for something greater than yourself, a mission statement that directed the duo from the first words penned for this project until the last note was recorded. “Our goal was to continue that theme of writing honestly and authentically about life,” Joel says.

The album also serves as the musical journal documenting the last three years of the brothers’ lives, a life-changing time of growth, transition, revolution and revelation. In addition to their professional success, Joel got married and Luke became a father during this time. But Luke also faced a life-threatening illness that forever altered his perspective. By experiencing great depths of pain and fear, he now has more joy and hope than ever before.

The album’s most gut wrenching and moving track is “Without You,” which unexpectedly features Luke’s wife, Courtney, on vocals and is also the most difficult song Luke has ever written. When he was at his worst, his wife feared that she could lose him, so she told him, “Luke, you just can’t leave me here.” Luke says, “The lyrics gave me the vision and the hope for what is to come. I know that I have today but I don’t know if I have tomorrow, so in those moments, I am going to laugh, and I’m going to dance if I can. If this illness was to take me, it would take me as a very hopeful man.”

The philosophies of hope and love were instilled by their parents, who raised their seven children in Sydney, Australia, before relocating to Nashville in 1991. Their father worked as a music promoter, so the boys often accompanied him to shows. In their teenage years, they also sang background vocals for their sister, gospel artist Rebecca St. James. When Luke was 19 and Joel 21, the two formed a band and began the journey of writing and recording music.

Coming from that rich family heritage, the brothers also carry with them a mantra of sorts, speaking to a woman’s worth as well as encouraging themselves and other men to step up and stand out to proclaim that chivalry is not dead. “Part of the DNA of for KING & COUNTRY is this idea of respect and honor in relationships and women being priceless,” Joel says. “What we’ve both found in our beliefs as men is that people are made equal. No one is a commodity and everyone deserves to be loved and loved well.”

To Joel and Luke, remaining focused on what truly matters is crucial to succeeding musically. “The best legacy I can leave is if I am a good dad and good husband. If my family environment was out of whack, I don’t know if I’d even be able to write songs anymore,” says Luke. “A lot of my passion and zeal for life is because I have a wife who counts on me and a son who looks up to me and says ‘Dada.’ I can’t believe how much love he has in his eyes when he says that word. I can see the complete trust and safety that my son feels when he is with me. When he began to walk, I often thought, if I could run wild like a one-year-old does and live a life that embraces adventure in that way, I think I would see life entirely differently.”

And therein lies the phrase that has ultimately become not only the title of their sophomore album, but also a statement of what it means to truly be alive. Joel sums it up this way, “RUN WILD. LIVE FREE. LOVE STRONG. is a statement of reclaiming our birthright as humans, to live a life that is for others, and in that find what it truly means to run wild, live free and love strong.”